Talk about what you are playing now or join in with one of our forum games.
Post Reply
1629 posts I'm dumb and didn't start on sea level, thus he's a pixel short. Oh well, you still know who it is.


Oh, and the glass is there because I didn't know sand would fall in this version. Except at the hat. I was just being lazy there.

Edit: Made Link cuz I was still bored. "It's sort of like Second Life but without the "life" part of it, like go out and be a hunter gatherer and then build cool stuff.

[Notch] is seriously mental in some way because just...with all the ENN stuff lately about doing it all on his own and putting up with these crazy, he's not the way normal people's brains work, not necessarily bad, but not normal.

I'm pretty sure Chad and Beacon would disagree with the "life" part. Minecraft multiplayer is very much about the community and working together.

Much like Second Life, the life is created by the community of players on a server. It is true that "life" is lacking in SSP and in many SMP servers, however, a community who truly seeks to interact and roleplay breathe life into the game.
Top

This is what I've been building lately.

Interested in doing some contract work on the LRR server keab?

I keep meaning to pop onto the LRR server and take a look at the arcology. I want to finish this one first.
Keab42: Keeb-forty-two Deal with it. @Keab42 | | +Keab42 | | Tumblr
Top

So finally got Mimm to try out Minecraft for herself (Due predominantly to boredom while I was in classes this past week) and she's having quite a bit of fun with it.

Her first world didn't work out well, she spawned in a pit, then whilst trying to escape said pit with her bare hands fell into a cave. This world was, understandably, scrapped for a second with much better circumstances.

While it seems her spawn and initial house are creeper-magnets (Seriously, on Normal there's like 3-4 of them a day around the place), she's persevered and enjoyed building a nice home and learning/figuring out how to put things together. As the save is on my copy, she's left it to me to make said home prettier (Including a terrace, and presently a sub-lit underground pool) until she can get back to it.

By the power of Greyskull! I command thee thread... Rise!

Lookee what I wasted a small portion of my time on:

Each time a button is pressed, it switches from Os to Xs so both players can use the same console

I hope no one minds me necroing this, I was thinking of making some cool looking stuff and posting pics, but then I found people'd already posted in here and I try not to start dupe threads.

(ps. ignore the weird red stuff and supposed gaps in the redstone where there isn't actually a gap, my gfx card popped so I'm on the onboard GPU until the new one I've ordered gets here and all my pixels are shonky)

Impressive, how long did it take you to build?

Not too long really, a few hours spread over 2 days (done in creative mode I should mention). Though I went in and upgraded it by putting in the 'Win' state and then upgraded the X/O lock from a sticky piston lock (which can occasionally fail to draw the block back) to a repeater lock.

Apparently it would've been easier to follow what's going on if I'd used various coloured wools for lines, but I think it looks nicer with it all in stone.

Edit: here's one of the machine in action (also showing off my brand new mid-range gfx card, yay! I'm poor!)

So I did some math (Someone mark the calendar), and apparently a minecraft world goes from +32000000 to -32000000 which if you think of a block as 1m across would make a world 64000km across.
I then did some tests and found that you can cover an average of 56 blocks in 10 seconds while running. and with that I calculated that it would take you slightly over 132 days of non-stop running to run across the world (assuming it was flat)
Deviantart: http://warran.deviantart.com/
Tumblr (Not NSFW anymore): http://thesmeggyone.tumblr.com/
Top

how odd, I thought they were as big as the HDD they were stored on. I would check it out with tppos (teleport position) but I'm on a public server and they might get shirty if I overtax the server hamster... again.....

(I went a little far with voxelsniper recently, tried to make a disk with 100 radius magically appear. Fortunately the admins are diligent, I logged into the mumble server, said "I appear to have crashed the server, sorry about that" then went and made a sandwich while they brought it back up again)

I don't know about now, but in past versions there have been practical limits on world size for...various technical reasons that I'm too burned out to say.

Maybe it's something along the lines of the old FAT32 file size limit, I've found that can crop up now and again in odd ways

The old map system suffered an overflow somewhere in the terrain formation system, causing an effect known as the end-lands.

I don't know if the new system has fixed this.
THE DUTCH!! THE DUTCH AGAIN!!!!!

Well, yes and no.

Apparently things got 'funky' out at 'the edges' due to the margins of error involved in floating point calculations becoming non-trivial when your (x,z) coordinates got into the millions. Before Beta 1.8, 'the Far Lands' showed up when you got a little over 12.5 million blocks from spawn, your framerate would drop (as the CPU's getting hogged by huge numbers of 'falling sand & gravel' calcuations from when the geology goes all swiss-cheesy

), the geography would go weird, and other weird effects would result from the lag (lava/water-flow animations would get stretched, dropped objects would 'rubber-band', etc.

NOW, due to changes in the terrain-generation code for b1.8, things stay normal all the way out to 30,000,000. Out at this range the 'real' world simply ends and then 'fake' chunks are generated...that a player will simply fall through and die in the Void. The surest warning that you're reaching the limit of the 'solid' world is that past thirty million, lighting no longer works.

Prior to b1.8, 32 million was still the 'world limit', but if you made it through almost twenty million blocks-worth of glitched geography, you were rewarded with a end of world boundary that simply trapped you.

To celebrate finishing and submitting my essay before the deadline, I figured I'd post a pic of a treemaze I made in a pvp arena world. I've had some fairly tense standoffs jumping around this thing. The central tree's huge and riddled with redstone traps and secret passages and so on

It's nothing but high jungle trees and ridiculously deep caverns. If you can avoid starving to death, it's glorious and terrifying.
Top

Just going to pimp out the new LRRcraft server a bit: mc.lrrcraft.com
The community's small, but great, and we've got some truly impressive builds going on. 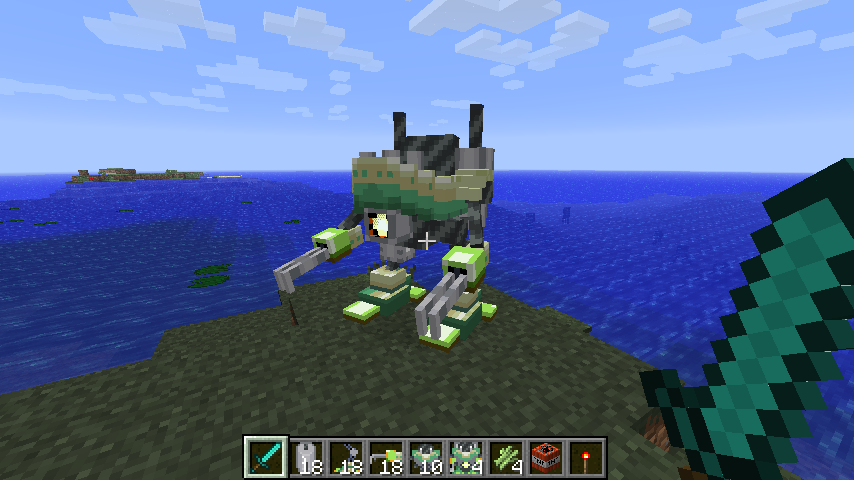 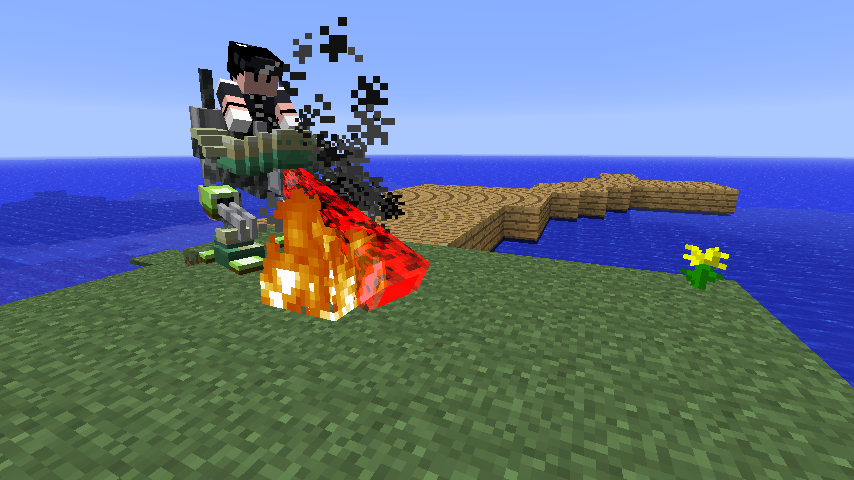 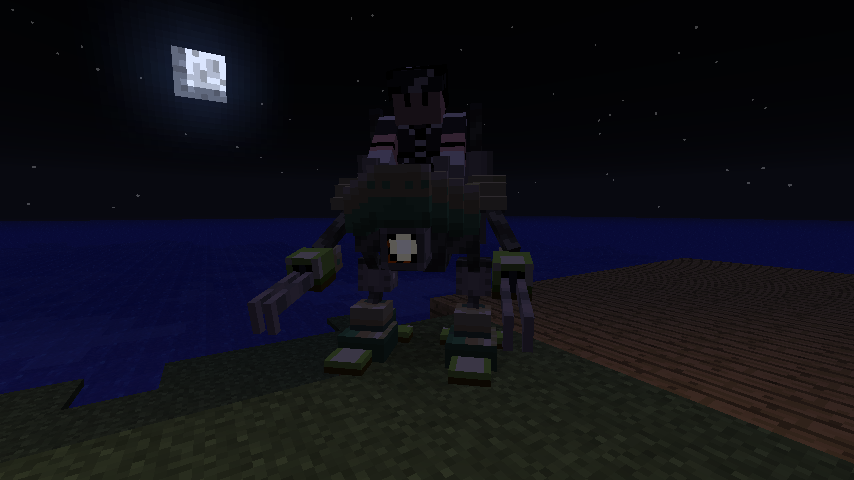 AdmiralMemo wrote:Just going to pimp out the new LRRcraft server a bit: mc.lrrcraft.com
The community's small, but great, and we've got some truly impressive builds going on.