It was last night at least. I'm in the same boat. I watched a bit, then decided to head out to avoid too many spoilers.
Top

Yeah, he still has a few more streams of it. I'm in almost exactly the same place he's in in Dragonfall so I don't know exactly how much farther he has to go but I'd guess 2-4 more streams.
Trippzen or Scy
Battle.net: Scy#1617
WoW: Scy (US-Proudmoore)
Top

thought you all might like this. Found some Shadowrun: Dragonfall fan art in the news of the new Kickstarter

http://dylanmeconis.tumblr.com/post/108087122969/in-honor-of-harebrained-schemes-launching-their
He habitually wears an expression as if he had determined to drive his head through a brick wall, and was about to do it (Description of U.S. Grant)

In case anyone's interested in reading the Shadowrun 5e rules, there's a charity bundle going on at DriveThruRPG with the PDF version of it (and a lot of other games) in it for $20.

Kapol wrote:Beej, if you haven't gotten Metroid Trilogy yet, it's now on the Wii U Eshop for $20. It's on sale for $10 right now.

I did manage to buy a physical steelbook copy from someone in the chat. Thanks for the heads-up, though.
Top

I think I remember you mentioning that on-steam now... so I feel a bit silly. Oh well. I think I was just really excited to see it on there.
Top

Because I've been asked several times in the chat where I'm getting the names I'm using to label the dead Pikmin, here's how I've been compiling them:

*Initially, I was using the name list from a game called Cannon Fodder, which I felt to be a rather appropriate title for the purpose. When a Pikmin died, I just took the next name on the list... with two exceptions, removed as I didn't feel those two names to be PC in the year 2015.
*Along the way, I snuck in four names of my own- Icon, Sentou, Drinca, and Klubb- in an attempt to club Heather through the chat. (It didn't work. She came back from break with what she described as a club wrap sandwich instead.)
*At the end of the list are the names 'Gonner', 'Loser', Waster' and 'Fodder', which the Cannon Fodder developers put in as a shaming device aimed at any player who needed that many guys to get through the game. Basically, if you'd gone that far down the list, you'd let the maximum number of guys die as possible while still technically completing your missions, and you were probably doing it on purpose. So they named your last couple guys after what you were clearly treating them as. After that, I added my own- Scrub.

Then Beej blew past the end of the list by chucking 80-some Pikmin off a cliff all at once.

So what I'm now using is soccer rosters, as taken off of Wikipedia. Those, I'm not going to run out of; it's just a matter of finding another club. I'm removing duplicate names within rosters, but if a name shows up on multiple rosters, I'm not worrying about it. But I am trying to spread the clubs out geographically to minimize the repeats. So, if you'd like to follow along the name trail:

LRR MEMBERS KILLED OVER COURSE OF GAMEPLAY: Matt, Andy, Paul, Maya/Felix (there was a Felix, although no Maya), Graham, Heather, Tally, Ian, James, Alex, Andrew, Serge, Cameron, Adam, Kate.
LRR MEMBERS SPARED: Kathleen, who was listed on the club scheduled to be run through immediately after Saprissa, Manchester City Women (England). Also, Beej himself, as at no point was there ever a Pikmin named Brendan or scheduled to be named Brendan. (And, you know, everyone else not on that list.)
Top

So I'm currently playing Rune Factory 4, and it seems like it'd be right up Beej's alley. It's essentially Harvest Moon crossed with Zelda and Little King's Story. The farming becomes a much smaller part of the game, and the characters you interact with are much more diverse and interesting, and you can recruit monsters to help water your fields/fight with you in dungeons. As with all Harvest Moon titles, there are a couple dozen unique NPCs that you can talk to, all of which like you more or less (based on how often you talk to them, if you complete quests for them, and if you give them gifts) and all of which have personalities, birthdays, and personal schedules.

Further, you start the game accidentally usurping the role of prince (which the actual prince is cool with) and so also control the building up of the town, which combines with the half-dozen crafting systems (loads of different types of cooking, smithing, leatherworking, chemical brewing, etc.)

In addition to being a farm/city builder and crafter, the game puts a fair amount of emphasis on Zelda-esque dungeon exploration and monster fighting. There's a plot you advance by dungeon raiding, and it's a great way to get useful ingredients for crafting.

Finally, *every* possible action has an associated skill that levels up with use. Further, every skill you increase provides bonuses for several other skills, which means making a well-rounded character makes you stronger overall. I also mean *everything* has a related skill: Sleeping, eating, planting, chopping wood, quarrying, mining, carrying items, every type of weapon, every type of crafting, fishing, several kinds of magic, damage resistance, bartering, walking...the end result is that it's a rare day indeed when you don't get several skills raised by a few levels, which provides a nice little incentive to do some of the slightly-less-interesting tasks.

So yeah, I know the GCN Harvest Moon bored Beej to tears, but this one has lots more to do and much better writing (It's localized by XSEED games, who do *excellent* translations), which makes me think it might be a better fit.
May those who accept their fate find happiness; Those who defy it, glory!
Top

I think a friend of mine was playing it once and she seemed to like it quite a bit. IIRC, she sold it as "Harvest Moon but also dungeon crawl".

Which, after playing Harvest Moon, made me suspect I didn't want to play it.

I'm now keen to give the series another look. I really like the look of Fantasy Life also...
Top

And now I'm afraid I've oversold it. :B

It's not a perfect title, but I find that I enjoy it more than straight Harvest Moon games, since it gives you so much more variety in what you can do, and gives way more goals and rewards to work for.
May those who accept their fate find happiness; Those who defy it, glory!
Top

I'm curious, is Beej still planning to play Shadowrun: Hong Kong on stream at all? I finally got to it in my backlog and it's good...it's real good. I'm only a few missions in as a (somewhat) smart, charismatic sniper and, by intent, I haven't even had to use my sniper rifle yet. I definitely think the text is a little too dense in some of the earlier parts of the game, but not enough to be problematic, just enough that I need to provide the game with more active focus than I normally have available while watching something else (often LRR) on my second monitor.
Trippzen or Scy
Battle.net: Scy#1617
WoW: Scy (US-Proudmoore)
Top

Trippzen wrote:I'm curious, is Beej still planning to play Shadowrun: Hong Kong on stream at all?

No plans at the moment. I intially wanted to play it at home, so that I wouldn't plug up my schedule by playing the same games over and over.

But I haven't touched it at all. So it may fall to the bottom of my backlog and eventually come up on-stream.

That is not a promise; that's just describing the situation. I don't know what I'll do with it yet.
Top

So I started playing Shadowrun: Hong Kong Extended Edition again because they added a new mini-campaign for free, which is cool. To my surprise though, I found a familiar looking character during one of the side missions. 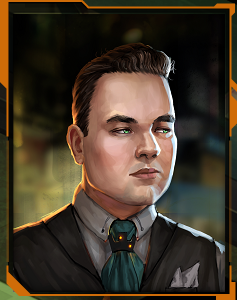 Trippzen wrote:So I started playing Shadowrun: Hong Kong Extended Edition again because they added a new mini-campaign for free, which is cool. To my surprise though, I found a familiar looking character during one of the side missions.

I want this to be me so badly. But I bet it's someone else.
Top

Because I'm currently replaying Shadowrun, I've started re-watching Beej's playthroughs of Dragonfall. I love watching Beej and Heather's discussions on what dialogue choices or moral decisions they should make. It's always nice to see other players who put that much thought into their character's actions.
Giuchie, giuchie, ya ya dada. - Abraham Lincoln, probably
Top
Post Reply
116 posts