by ritchards
Speaking of Alchemilla mod, I just watched VoidBurger finish playing through it... it doesn't get any better... and it's SIX HOURS LONG!!! And the ending is just dull. But you do get to find many more keys and do stupid puzzles...

by SkylerRingtail
A couple horror titles are coming out on Steam (or have come out recently) that look like good candidates, though I haven't played them myself.

by Lysander
Have you tried a Korean horror game called "White Day?" You play a little kid trapped in a haunted school as ghosts and possessed janitors try to kill you. There aren't any weapons, and the ghosts can hear you if you make too much noise in your explorations.

There are puzzles, however. There are some bugs but fans have made unofficial patches to fix them. And also patches to translate it to English.

by Dared00
Holy shit, the Spooky's House of Jump Scares stream was probably one of the best streams in LRL history. Seeing Graham and Alex slowly creeped by an actually creepy game was amazing.

by MagisterMystax
That was extremely good. It reminded me of the Dollhouse chapter of Alice: Madness Returns in many ways. I had to turn the stream off after about room 150 to not get too spoiled, since I realised I'm definitely going to have to play it on my own stream some time.

by SohNata
Full round of applause to that game. I can't remember the last time I was that impressed by a horror game. Hope they revisit it once it's out of Early Access.

by talosparoxi
I don't know if this is still the place to suggest lets nope games but I have a good, if short, one. it's called stairs and can be found here: http://gamejolt.com/games/stairs-kickst ... uild/49759
It's a pre alpha but it's just short not crappy, and it does a real good job of building the atmosphere IMO.

edit: also it is free as it's a pre-alpha

by PMAvers
Speaking of Spooky's House of Jump Scares, apparently they've finished it. Shall we head back?

PMAvers wrote:Speaking of Spooky's House of Jump Scares, apparently they've finished it. Shall we head back? 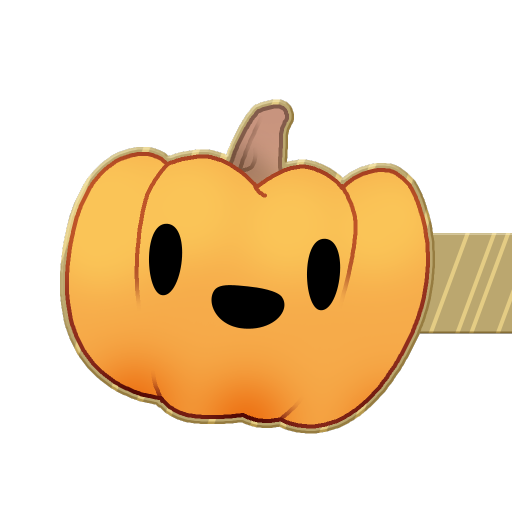 PMAvers wrote:Speaking of Spooky's House of Jump Scares, apparently they've finished it. Shall we head back?

I don't normally watch Lets Nope, but the highlight of Alex's reaction to the pumpkin had me intrigued. Definitely want to see Alex (hopefully with graham again), finish spooky's house.

by PMAvers
As a aside, apparently save files broke with the latest version of Spooky's, but the password system should still work to get them back to where they were.

If anyone remembers them.

by Master Gunner
"Cake" is the password for room 750 (The full key being "Pumpkin Cheesecake").

by Sektor88
I saw something on Steam Greenlight which looks like it may suffice for a good Let's Nope. It's a Korean horror game called The Coma. It's slated for an October release, so there's still some time there.

I also saw another one a while back also on Steam, called The Music Machine. Seems to have gotten a lot of good reviews. Also chair throwing abound in the gameplay video, hahah.

by Zimizebida
Apologies if someone's already suggested this game, but I think Yahtzee's Consuming Shadow would be perfect for some or all of a Let's Nope (it's a roguelike with a fairly short per-game length, so a full Let's Nope would prolly be several playthroughs). The game's minimalist art and excellent sound design are very effective IMHO.

It can be found on the Humble store here:
https://www.humblebundle.com/store/p/th ... storefront

Right now it's not on Steam (probably due to age), but I was able to find it on GOG.com ( https://www.gog.com/game/phantasmagoria ). The game is horror based & rated Mature (one of the first since the introduction of the ESRB), but it also has a lot of old gaming tropes that aren't used nowadays... FMV, Live Acting & a crapload of blue screen.

Can't really spoil the game (as I haven't played it & what little I've caught online didn't help)... but it really seems up Alex's alley.

by Deimir
I'd like to toss Until Dawn into the ring. It being released was the reason I finally broke down and got a PS4. Played through it twice now and still ready for another run.

by Master Gunner
I've seen parts of Until Dawn played through, and it looks like an excellent game. However, it also contains plenty of mechanics/elements (many of them shared with games like Heavy Rain or Between: Two Souls) that would ruin Alex's enjoyment of the game if he lets them get to him.

So be on the lookout for:
Actions having consequences you don't feel were properly telegraphed or logical conclusions.
A "branching story structure" with "hundreds of endings" that's actually just minor variations within the same overall story.
Bad camera angles and controls on occasion
Quicktime events/decisions
Unrealistic environments and standard environmental tropes
Point-and-click adventure mechanics in general

by farleyf
I agree with Until Dawn being a good game for Lets Nope. I was hesitant at first about the Quick Time Events but it tends to work in the scenes - it actually helps immerse you in the role as you feel like your in the scene. The Point and Click elements are to find extra items that help the story along but so far are not neccessary to progress the game. It's a good game that i think would be a good stream

by RoboNixon
I think Until Dawn could be good. Unlike Beyond: Two Souls, characters can die so it seems to have consequences, but I've yet to play it. Does it have implicit storytelling? That's up his alley

by GDwarf
Obvious suggestion which is obvious is Soma. Same people who did Amnesia, but it apparently goes for a more existential type of horror, in a sci-fi setting rather than a gothic.

GDwarf wrote:Obvious suggestion which is obvious is Soma. Same people who did Amnesia, but it apparently goes for a more existential type of horror, in a sci-fi setting rather than a gothic.

by AdmiralMemo
Uhhhh... I guess you didn't watch the last 3 Let's Nopes then, RoboNixon?

by Jonci
Wonder if Alex will go into Fatal Frame 5 since it released this week.

by bookdevourer96
Considering what Suzy promised during the Layers of Fear stream, which was to dress up as a bunch of paint all over everywhere for halloween to scare Alex, I feel that Layers of Fear would be appropriate. There has not been a content update yet, but they did add in something. "A new room connected to Halloween has been added. ... It will be an exclusive content that will last only for a month. ..." Also Alex did note the high likelihood of multiple paths.

by PMAvers
It was technically DERP, but there was a second half to The Park that took place actually in TSW, which picks up after the ending.

What The Buzzing has to say about the whole incident: Link. (These show up in-game as little collectibles you can find across the mission.) A walk-through of the mission itself: Link. Probably loses a bit being translated to text instead of seeing it in-game, but there's that.
All times are UTC-08:00
Page 6 of 7
Powered by phpBB® Forum Software © phpBB Limited
https://www.phpbb.com/