Talk about the latest LRR video or discuss your past favorites.
Post Reply
285 posts

i am baffled by the number of negative feedback this has received from the hardcore fans. as someone who does not post in forums, i just had to add my two cents. i'm not a huge fan of dick jokes myself, but this was brilliantly written and very well performed. it immediately reminded me of CKY's skeletor vs. beastman music video: http://www.youtube.com/watch?v=FZ1u2_PopPk
(NSFW, but i doubt that matters here.)
for those saying this was not a true LRR video, what the hell are you whining about? we get regular bonus videos, behind the scenes looks, LRRcasts, blogs, you name it. for this type of quality content i'd be willing to wait months, and so should you (ie: pure pwnage) -- this isn't dime a dozen commercially produced television tripe.
in short, well done guys. i hope you don't take these negative comments too seriously and continue what you love doing for the people who actually appreciate it.
Top

I'd just like to point out for the record that i didn't like the video, not because it was penis related, but just because i didn't find it funny. Also, it's not my kind of music, i'm not into dat yo! Be as low or high or medium brow as you want i don't think it faulters from the overall LRR feel.

I did actually think I was gonna like the song when they started accoustic-ing it so... it's just the metally instance that made me feel indifferent towards it.

Something non like nor dislike related...
Would Skeletor even have a penis? Aren't penises devoid of bone?

Oh, forgot to mention, but "Coverage you can trust" made me laugh.

I think the drummer might take issue with that.


Oh, how embarrassing. In that case, their drummer gets a VERY consistent snare sound. I thought it was sample-replacement. I guess the lesson to learn is that I should wait until I hear a non-revver-encoded version of the song (assuming an mp3 will get posted at some point) before making technical appraisals.
Top

Dr Frankenjam wrote:Would Skeletor even have a penis? Aren't penises devoid of bone?


Perhaps these insights need to be added to the relevant wikipedia article.

The fact that wikipedia has a 900 word article about whether Skeletor has a neck or not reassures me of its value.
Top

Some penises have a bone, especially in larger animals. The fossilized, ancient dong-bones from whales and walruses are called Oosik here in Alaska.

YOU LEARNED SOMETHING TODAY.

I love this video. Really, truly. I always at least titter at LRR, but this one brought out some big ol' belly laughs. Great work LRR guys and Bag Fries. Srsly, WTB album. Or single. I'm not picky.

Y'all are takin' this way too seriously. I know the Internet is Serious Business and all, but goddamn. Didn't these guys make a video about Offensisensitivity?

The irony and the italics control me
Top

I want to Karaoke this song so badly... Anywhere I can get an mp3?
I draw for you. Tell me what to draw.
Top

I was wondering if they have anymore songs out there and where to find them.
Top

Tensen01 wrote: I am, however, humbly requesting the tabs for the acoustic version of this song please.

This vid was Awesome

I just hope noone had to ACTUALLY see Morgan naked

. (I would guess exposure to that would lead to instant mental breakdown on a good day, perhaps on a bad day even the collapse of the time-space wave, causing the continueem to evaporate and the universe to end)

im not a big fan of random dick jokes, but this was well put together, well performed, written and because it wasnt random, quite funny.

to all those objecting on the basis that the topic is skeletors dick, a correctly done dick joke can be very civilized and quite funny. this was anything but a crude jape.

i would also like to reiterate my statement that Geoff Howe is ACTUALLY awesome.
Last edited by Sir_Substance on 06 Aug 2008, 03:39, edited 1 time in total.
Top

Read the wiki page, and weep salty tears for Pat.

LRRwiki wrote:Morgan (As the hooded Skeletor) appears literally butt-naked in this video.

If I meet Pat, I'll buy him a beer.... damn, make that a hole goddamn slab of beer for his troubles. His sacrifice gave us the vid.
Top

sorry, ive been looping the vid for like the last 30 mins. is there an MP3 somewhere?
Top

Counteracting some of the negativity here, I found it hilarious. The music sounded excellent so well done Pat and Geoff (I'm no musician so I don't know how complex it was but it sounded awesome) and though the song was definitely dick humour it was hilarious dick humour. The video was well done as well, with the typical smoke coming from everywhere, the rock star hat and sunglasses and it all just looked great.

And quite frankly as hard as I try I can't really get all that offended by the idea of the penis of a cartoon character entirely made out of bones. I just end up thinking 'hehe bone'. That may indicate a crude sense of humour or just a lack of being offended but I can appreciate all the other videos including the more intellectual ones just as much.

So anyway, great job Pat and Geoff, awesome video, awesome song, please tell Morgan never to do that again and try and go viral because the chance to offend the whole internet is too good to pass up.
Top

Wow, I can't believe the amount of negative feedback on this one. LRR's typical videos do tend be more intelligent comedy compared to this one ... but its great when they change things up once and a while and do something completely outrageous.

I think its the same people who fear change and did a lot of complaining about the new site who are being over-critical of this video.
we sometimes catch a window, a glimpse of what's beyond
http://www.underaglassmoon.wordpress.com
Top

Melendwyr wrote:Repeatedly poking the objects vaguely referencing a penis into the mask's eye sockets struck me as especially tasteless.

It struck me as especially laughtertastic.

Damnit, I had this song stuck in my head all afternoon.
Top

Kathleen wrote:What I find most impressive about this video is that it's a lot better than many, many other music videos I've seen filmed with actual budgets!
See: almost ANY Muse video. They are the worst.

I made a better video clip for their song Butterflies and Hurricanes than they did - using only powerpoint.

With that said, some of their videos are ok.

Constructive Criticism:
I thought it had a bit too much of the band playing bit, and not enough of the narrative bit. The ratio was a little off. As a result the narrative bit was little other than scantily-clad (or not clad at all) Skeletor showing up in some guys apartment a bunch of times.
It also put too much pressure on the dicking around like 80's hair-metal bands bit, to carry the video (in which case it needed to be even more over-the-top than it was).

Technically, quite a good video.

As it was said, not really a LRR video, but a good example of what kind of professional video work you guys are capable of.
Top

This video is simply wonderful. My only bit of criticism: it would have been nice to have lyrics subtitled on the bottom during the song.

I'm too am surprised to see so many negative reactions, but to each their own I guess.
Top

Tensen01 wrote: If the aforementioned 64K song had similar themes, I would be equally offended.

mate, if you find this offensive, you had better stay away from me. i insert enough swear words in my normal speech pattern to reduce you to tears on the floor.

offensiveness comes from the intent, not the word. an offensive statement is a medium from which ones persons contemptuous thoughts can be conveyed to the object of the persons contempt. i dont think anyone from LRR or Geoff Howe or Patrick Donison holds you in contempt, infact its possible that some of them dont have the faintest idea who you are.

its quite clear to me that the song is NOT offensive, and only massive paranoia/prudishness could make it so.
Top

Furthermore, I shouldn't have clicked the link when my 3-year-old brother was awake.

Graham wrote:I think you are all taking this way to seriously.

LOL! From the guy who's website "about" page has: 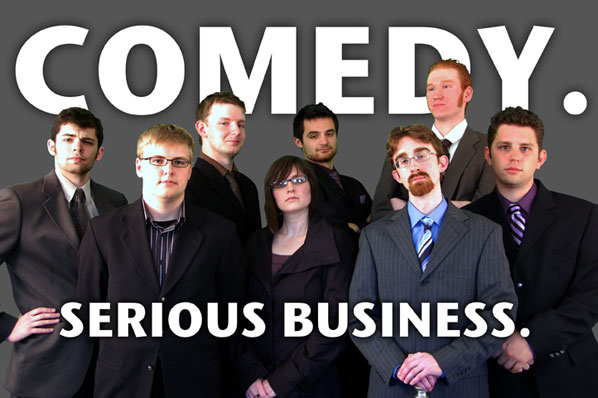 Anyway, I'm not sure why some people have to freak out that some of us just didn't find it funny for whatever our reasons. It's not like we said "it sux, i hate you, i'm never visiting LRR again!" Sheesh.

Many thought it was "epic" and that's great for LRR, but several of us didn't. Oh well, we still love LRR and are looking forward to next week.

I think we all realize not every video is going to be orgasmic. But we still love LRR enough to come back for more.

I'd like to compare and contrast this to the suggestive lyrics in 'The Ballad of the Fanboy'.

The key difference, I think, is that the Fanboy joke was truly an innuendo.

It was also a very peculiar metaphor.

And the joke as a whole was funny because petitioning for sexual favors is so not what is normally expected to be part of a love ballad asking for one's sweetheart to return. Especially not when the sweetheart is a woman who left because she couldn't tolerate sloppy personal hygiene habits.

Why did I have to watch this after seeing bananas and onions be blended?

That music was amazing and you definitely picked the right man to play Skeletor.

Oh man, this week's video is just too awesome for words. Keep it up guys!