Drop by and talk about anything you want. This is where all cheese-related discussions should go
Post Reply
15 posts • Page 1 of 1

Sorry the title is misleading, there is no NSFW stuff here. I couldn't think of anything better and apparently Graham is the driving force behind the daily drop so I figured he'd be the most interested in this.

I was wandering around the internet today, and stumbled into http://www.flickr.com/photos/[email protected]/ 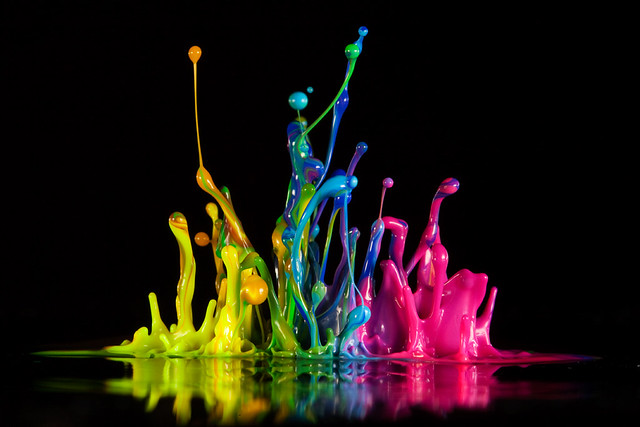 ...which I later found out here ( http://www.dentsulondon.com/blog/2010/09/28/sound-sculptures/ ) was apparently part of an ad shoot for canon, but who cares it has pretty pictures/slow motion video!

--->Anyways, Graham should totally steal this idea the next time he gets his hands on a high speed camera.<---

Oh. My. Goodness. That is gorgeous.

yup, it's nice. it's now my desktop background

I am very disappointed.

Unless you just focused on the particularly intense or visually interesting moments?

I cant stop thinking of rolling 2 people banging off of a 8ft ladder and filming the impact >_<
Do the Catterpillar!
*wiggle wiggle*
Top

Vaughn wrote:I cant stop thinking of rolling 2 people banging off of a 8ft ladder and filming the impact >_<

Ever seen the video for "Pon Da Floor" by Major Lazer?

If your answer is no, DON'T WATCH IT. But yeah, it's pretty damn close to that.
Top

You see, slow motion photography has always been very much like Night photography for me. Amazing beyond belief. If you bring the two together, I could lose my mind.

I remember an old girlfriend took me up to a brilliant spot when we went to her home town, one nigh. You could see the entire city. I took so many long exposure photographs that night. But I lost the memory card, two days later. Ah, well.

In reference to the thread title, since we have high speed cameras I'm honestly surprised that someone didn't think of doing something like a Matrix spoof with bullet-time money shots or something.

And Younnat could do the soundtrack... the sond "Yesss!" would be quite fitting.

Pretty sweet looking. Kudos for finding this.
"In the neighbourhood of infinity; it was the time of the giant moths..."
Top
Post Reply
15 posts • Page 1 of 1