what are your favourite anime's?

Drop by and talk about anything you want. This is where all cheese-related discussions should go
Post Reply
42 posts

what are your favourite anime's?

Hey guys!
Me again!
This time, I would like to know What are you favourite anime's?
Lately I've been mad about the Monogatari series!
And you?

What are your favourite animes?
Stand Sure
Anderson Clan
Top

Soul Eater
Elfen Lied
The Pokemon Anime is getting better (shame Team Rocket has regressed of late, they were kinda bad arse in Unova)
Digimon was great until it got to series 3 and onwards where it got weird.
My website: http://www.stephenwillisart.co.uk
My Link.tree: https://linktr.ee/stephen.willis.art
Top 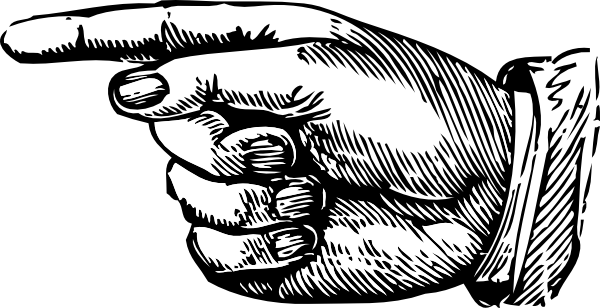 Difficult question, I like a lot of anime for different reasons, but... As of right now? I'd have to say a tie between Trigun, Cowboy Bebop and Sailor Moon (the original, though Crystal is pretty good so far, I just miss the old music!).

I will admit, Sailor Moon is in some part because of nostalgia.

New Dominion Tank Police
Patlabor series, OVA and films
Tekkaman Blade
Bubblegum Crash/Crisis/Tokyo 2040
Ghost in the Shell Stand Alone Complex 2nd Gig
The most unique, nicest, and confusing individual you will get to know. Don't be stupid around me, that's my job.
https://displate.com/elominsha/galleries
If you need art, I take commissions, PM me.
Top

Pani Poni Dash.
Guyver: Bio-Boosted Armour
Sky Girls
Strike Witches.
Last edited by Elomin Sha on 26 Jul 2014, 11:35, edited 1 time in total.
The most unique, nicest, and confusing individual you will get to know. Don't be stupid around me, that's my job.
https://displate.com/elominsha/galleries
If you need art, I take commissions, PM me.
Top

It's not a favourite of mine (since I just started watching it), but currently looking into an interesting anime called Sidonia no Kishi. Seems a lot like Neon Genesis Evangelion, without being utterly depressing.
Hurp-De-Durp!
Top

By all accounts I seem to have dropped out of Evangelion before it got "dark and edgy" (episode 15 out of 26). Maybe I should go back and see just how depressing it does get.

From about the middle and onwards it gets more depressing(albeit, not all bad, has good points past that), but the last episode is just a complete mess.
Hurp-De-Durp!
Top

Mister Bebop your answer was rather expected.

What is your guys opinions in the following anime's?
Guilty Crown
Dead man wonderland
Clanad
Blood plus
High school of the dead
Sword art online
Kyokai no kanata
Ga rei zero
Full metal alchemist (both of them)
Shingeky no kyojin
Steinsgate
Welcome to the NHK
Servant x Servant
working!

And I thinks that's enough for now.
I love all of these!

It's a bit of a difficult question, really. A few that tend to stick with me (in no particular order)

I remember me and my brother giggling our butts off at the fight scenes in Dragonball Z when we were kids. Now that I've seen the first series, Dragonball, it's one of my favorite shows.

Now, I'm sure I'm not the only one who has checked out a show after seeing a screenshot posted online somewhere? That's how I was introduced to Shirokuma (Polar Bear) Café. It's one of my favorite portrayals of talking animals living with humans as an everyday thing. Highly recommended.
Twitter: @SawInMyPocket
Top

My list of favourite anime hasn't changed in quite a few years:

though there are tons of other shows I really enjoy as well, including Mushishi, Psycho Pass, Shiki, Seirei no Moribito and many others.

I just finished re-watching Death Note over the course of a few weeks.

MAN, Death Note is so good. Even when it's not that great, it's still pretty good. It's a series that rigorously follows its own rules.

Ricardo Anderson wrote:What is your guys opinions in the following anime's?

Of the ones here that I've seen:

Guilty Crown: Pretty amazing. The premise alone creates such amazing potential, and then they utilize it nearly flawlessly. My only complaint is that it wasn't longer, though perhaps that's because I really, really liked Code Geass, and that was very similar but also about twice as long.

FMA & FMA: Brotherhood: I'm probably in the minority of people who didn't really care for FMA, either one of them. I think they're very well done, and I know a lot of people swear by them, but they never grabbed me in any meaningful way. Still worth watching, though, if only for the variety of characters, battles, and shifting alliances.

Steins;Gate: I just watched this recently, and I cannot recommend it highly enough. It is time travel done about as well as I could ask for, and on top of that it has shockingly good characters (and the opening is a personal favorite). It is one of the most immaculately crafted animes I've seen.

MAN, Death Note is so good. Even when it's not that great, it's still pretty good. It's a series that rigorously follows its own rules.

I know I'm also in the minority on this one, but Death Note never stuck with me either. It's actually interesting to hear the bit about rule following, because I've always been curious what it is people see in that show that has made it so widely popular. (Not knocking on you in any way, just genuinely curious.)
Top

Things I have recently watched and enjoyed:

(Though the bulk of my enjoyment of the latter may be entirely related to this shot. I LOVE this shot.): 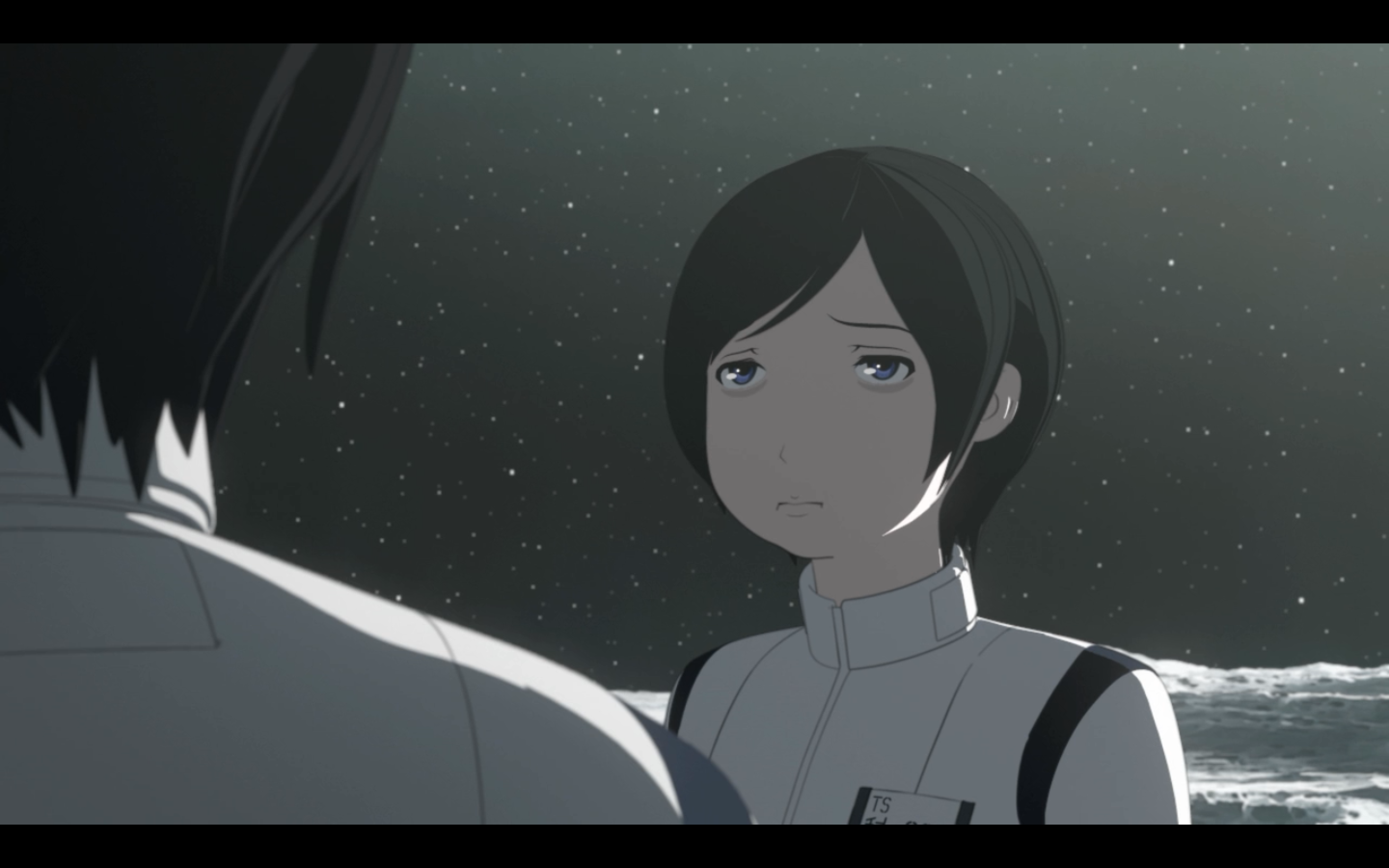 
Also Tycherin, glad you liked Steins gate as much as I did.

A lot of people find it boring. I, on the other hand, loved it.
Did you watch all the post-anime-releases?
There is some OVAs and a movie.
All must watch material.
They actually continue the storyline.

And last but not least, Sir Matt!
If you like that shot you should most definitely watch the Monogatary series.
There is a scene quite similar to this.

PS:
Has anyone watched The Monogatary series?
What is your opinion about it?
Stand Sure
Anderson Clan
Top

Cowboy Bebop, again, ofc
Most of Studio Ghibli's work (I didn't care for "my neighbours the Yamadas")
Legend of Aang & Korra
Samurai Jack
Ghost in the Shell 1, 2, and SAC 1, 2 and solid state society (yes, even GitS 2)
Akira
Attack on Titan, even if the series wasn't quite as amazing as the pilot promised
Summer Wars
Afro Samurai
The girl who jumped through time
the animatrix
Appleseed
Death note
whatwasitcalled.. there was lelu and he lead a revolution by calling himself zero, and Britain was in charge of the world for some reason.
+ a few other's I've definitely forgotten, I was massively into anime a while back but curtailed my addiction to do other stuff.

like desert punk, that was ok but a bit off-puttingly pervy in places. he was better when he was just a callous bastard.

I feel like I have no overlap with anyone with my anime interests.
My website: http://www.stephenwillisart.co.uk
My Link.tree: https://linktr.ee/stephen.willis.art
Top

Merrymaker all your anime interests are classics!
I'm sure most of the people like or have watched them at some point of their life.

Ptangmatik wrote:whatwasitcalled.. there was lelu and he lead a revolution by calling himself zero, and Britain was in charge of the world for some reason.

That would be Code Geass: Lelouch of the Rebellion, and it might just be my favorite anime. It's got some stiff competition, but it's just so... massive.
Top

Merrymaker_Mortalis wrote:I feel like I have no overlap with anyone with my anime interests.

Well, you're probably not going to find that many people over the age of about 15/16 who'd list Pokemon and Digimon as their favourites, outside of nostalgia reasons. Generally the only kids series that tend to get cited as favourites are things like Dennou Coil or Princess Tutu (or possibly Erin if you're talking to one of the 19 people who've seen it).
I also wouldn't consider anything anyone posts here an exhaustive list either, not to mention that different people likely have different standards for what constitutes a favourite.

Ricardo Anderson wrote:Full metal alchemist (both of them)

FMA is great. Still one of the best things to come out of Bones, IMO.
My feelings towards Brotherhood are a bit more conflicted. Not because of the actual quality of it, but more because of how it's largely shoved the first series to the curb just by existing.

I found it really disappointing, to be honest. There are definitely good things in here, including a couple of genuinely good episodes, but the writing has a lot of major and quite basic flaws. The pacing is just bad, even considering how little plot it actually has, and it always felt like it never quite knew what sort of tone it was trying to go for. This is further reflected in the characters, most notably in how it seems to really struggle to actually focus on a main cast.

I have nothing against anyone who likes it, and if you're able to get past the problems then more power to you, as far as I'm concerned. It just always struck me as something that could (and should) have been a lot better than it actually was.

I'm not really going to go into too much detail here, because if I do it's likely to trun into a mini-essay/rant (mostly on the issue of how the story of the first arc is completely at odds with its own premises, as is the behaviour of the entire cast). Suffice it say that while I don't begrudge other people their enjoyment of it, I really cannot stand this series.
Last edited by MetricFurlong on 27 Jul 2014, 12:30, edited 1 time in total.
Top

Merrymaker_Mortalis wrote:I feel like I have no overlap with anyone with my anime interests.

I only mentioned a few that I felt I could call my favourites, but I've seen both Soul Eater and Elfen Lied, and really enjoyed both of them. Seen Pokemon too, of course, only really seen the whole of the first season, and the fact that Ash lost kinda put me off it.
Hurp-De-Durp!
Top
Post Reply
42 posts