SO! What's the word, then? Have any of the LRR Cast and/or Crew been informed of the lamentations of the fans on the forum? Will any of those internet funny-people return to this wonderful home of textual exchange and exchange some text with us?
Top

Not forgotten! (not by me, anyway) I guess it is just a matter of a kind of snowball effect. There seems to be more people in the discord, twitch chat and twitter, so when people are looking for places to chat, that is where they go. Everyone likes to interact in different ways and I’m glad the forums provides a venue for discussion that might be a little slower and more thoughtful then what is possible is chat or discord.
Top

Very much appreciated, Paul. Thank you.

Now, I'm not entirely certain what some other forum users might consider priority items, but I personally have vested interest in getting to know what the thoughts on viewtopic.php?f=7&t=25556 (ConBravo! 2018) are. Would you be able to provide any kind of definitive answer in that regard, Paul?

Are there any outstanding topics that anyone else wanted to direct LRR C&C toward?
Top

Paul wrote:Not forgotten! (not by me, anyway) I guess it is just a matter of a kind of snowball effect. There seems to be more people in the discord, twitch chat and twitter, so when people are looking for places to chat, that is where they go. Everyone likes to interact in different ways and I’m glad the forums provides a venue for discussion that might be a little slower and more thoughtful then what is possible is chat or discord.

Thanks Paul. Good to know you're still lurking here. (Though I guess it doesn't take much time to read everything nowadays)
THE DUTCH!! THE DUTCH AGAIN!!!!! 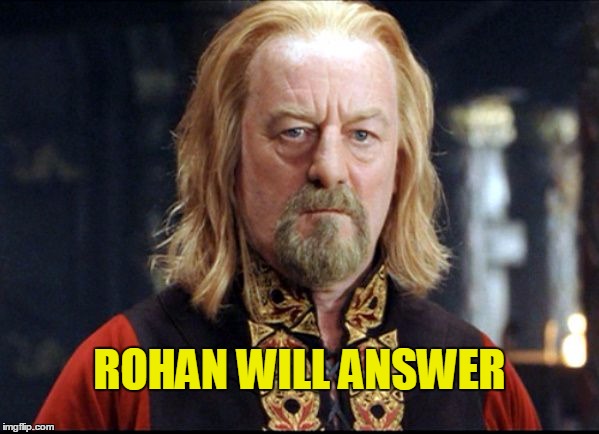 I know that I check the forums every so often. But the truth is that there's not enough activity to make it worth doing regularly. And when I do there's nothing I really want to add. I tried the Discord and disliked it for a number of reasons. Many of them being the same as why I stopped using the Twitch chat. It's kind of disappointing that instant-style chat systems seem to have overtaken message boards in general. But such is the way of technology evolution.
Top

Yeah, I poke my head in the forums every month or so to see what's going on and to kill any spam (thanks to everyone who reports stuff, sorry I'm not the most reliable moderator) but I think the instant-responsive-ness of things like Twitter, Twitch, and Discord give people a more powerful dopamine effect, and so people tend to flock to them more. It's just the pace of the internet these days.

And, of course, the LRR crew only has so much time in the day to look at things, and it makes sense for them to attend more to where their audience is. I think there's been a decline in general of forum participation across the internet; facebook+twitter killed a lot of it.
Top

LRR forums is a internet favourite I check every day.
My website: http://www.stephenwillisart.co.uk
My Link.tree: https://linktr.ee/stephen.willis.art
Top Lavos! And Rocket! I guess some of the "old guard" is still lurking.
THE DUTCH!! THE DUTCH AGAIN!!!!!

Wow. Lavos is a name I've not heard in a long time. Good to see you all.

Every now and again I remember these forums and they always seem dead or it's been a few days since any posts when I check in so it seems silly posting but, it's so good to see so many people that still care.

These are good forums
Top

Seriously. F-off to all those people who shame threadomancy.

The beauty of online forums is that you can reply to messages that are decades old (so long as the forum rules support it, (n)etiquette not-quite-be-damned-but-close-enough). The nature of message distribution here means that you are actively encouraged to amend opinions or information to subjects that interest you, despite their age. So, the recentness of activity really isn't something to obsess over.
Top

In some parts of this forum, thread necromancy is encouraged (the video and LRRcast fora for example).

I'm just hoping to hobble along with another 40 or so posts so that I can get into the top 50 posters of all time, that's been a goal since like... 1,000. I'm sure I'll get there, just might be a bit slower than it looked like a year ago.
"Jamfalcon's a super weird name" - Graham

I'm kind of against publically visible post counts since it can so often get turned in to a game of "who has the most." It's a neat statistic to consider for additional context in certain circumstances, but I'm not sure it's necessarily helpful for everyone to see it.
So, not that I'm encouraging anything untoward given my feelings on post counts, but I'm thinking the two of you could end up having a "conversation" of nonsense in another thread and get those post counts higher, if it's really that personally important to reach those milestones.

Not that I condone such activities . . . *glances back and forth*

SO! How about them Loading Ready Run cast and crew folks, eh? Sure would be great to see them in the forums more often!
Top

As for the crew, I can't fault them too much for not posting here much — they're busy people and have to go where the audience is, and if we aren't making lots of interesting conversations happen here, they don't have any more reason to start them than the rest of us.
"Jamfalcon's a super weird name" - Graham

I don't think anybody has cared about post count as a status symbol since like... 2009. I didn't even remember that was a thing until y'all brought it up. Man.......... forums. Wow. Those were the days.
Top

The discussion made me look. And wow, I'm above people like Cake and Lavos??? How did that happen? Having a post count above some of the other "old ones" here is almost depressing. I didn't even think I'd ever make the first page of postcount sorted members, led alone be halfway up there.
THE DUTCH!! THE DUTCH AGAIN!!!!!

At the same time I feel like I stopped posting in like 2009? how did i even get to 4k posts lmao it's insane how much a smaller group of us back then posted.
i dont know what's happening anymore
Top I'm glad for the ability to browse at my own pace.

And who are these old farts coming in to wreck the place?

Edit: Holy crap, how on earth did I become 15th most prolific poster?

Arguments didn't kill this place. It was mostly, as has been mentioned, people moving on. There were certain events that kind of drove people away, though. The community thrived in the old days on a combination of arguments that would flare up, blow themselves out and die as we moved on, and just "shoot the shit" conversation about random topics. Without pointing to anything in particular, the drama started getting a bit thick. The amount of “The Sims on Mac vs. PC” conversations started getting drowned out by what I can only describe as “Tumblr fare.”

That stuff is fine in doses. We were all friends, and being there to talk and support each other was part of what made the community great…but after a while, it was just kind of emotionally draining, to be honest.

And of course, the last straw for me was being banned for a week for one of the tamer political disagreements I had on this forum. I remember a certain member who once came into a thread about memorial day, where people were morning their lost loved ones, and this guy comes in and starts condemning the dead for their involvement in Iraq. It was so vile it was pretty much the only time that myself and Matt Wiggins was on the same side of an issue, at least two of the old guard completely quit the forums over it and even that didn’t result in a ban back in the day. Fast forward five years or so and a disagreement on politics gets me a week.

Echo-chambers are counter-productive to progress.