Would like to recapture that feeling, but I fear it's just fleeting memories at this point.

I took a break from social media from Election Day to yesterday. I just couldn't deal with the stress of not knowing, so long as the 'game' wasn't over. (I often don't watch the Super Bowl for the same reasons, but I also normally work the Super Bowl, especially if the Pats are in it, but that's another story.)

It was actually really nice, not focusing on the chaos of the outside world and just doing the things I wanted to do. (I didn't do any online gaming or watching of modern programming, since they might have given the game away.) But it was so even more isolating than normal.

I so much prefer a forum setting like this to the entirely intangible and fleeting format of Discord. It's a great alternative to Skype, and we badly needed one of those, but otherwise, I'm not huge on it. I prefer something more permanent, even if there's surely a record of me behaving in a way that would chagrin me now somewhere in these blue walls.

This year has been the most deeply exhausting of any in my life, and not just because I've had to deal directly with the public AND get paid less than normal. The people I've worked with for eight months... it feels like I've known them for ten years. I am so weary of all this nonsense, of the bad behavior of my alleged countrymen, all the armchair idiots who think they know the world because someone determined that the best place to dump toxic waste was in the heads of men and women over sixty.

I've been trying to maximize the things that I like to do and limit the 'doomscrolling,' as I've heard it so adroitly named. I have Twitter blocked on my PC and my phone now, and I really hope I can avoid ever returning there. (Facebook is probably more destructive than Twitter, but at least I KNOW everyone on my Facebook and GENERALLY don't get accosted by dipshits.)

I don't have any answers. I don't even know if I have any words anyone would find the least bit comforting. I just have to push on. But maybe a familiar face popping back in, maybe for the last time on this forum... maybe there can be some comfort in that.

by Jamfalcon
Oh hey, I'm only a week late to this.

I miss the old days too, and watching Desert Bus always takes me back to them. I don't think the forum will ever come back to life like it was — it was such a certain point in time on the internet, and a certain point in LRR's growth where they were big enough to draw us all in and not as big as they are now (though of course I'm thrilled to see them continue to grow and evolve). It was a great size for a community, just big enough to stay active, but small enough to know everybody.

I still enjoy keeping up with all of the forum-folk who are on Twitter, but I'm not good at inserting myself into conversations there, so I definitely feel like I'm more of a lurker than I was on here. And like you two, I find Discord to just be a lot and as someone with a brain that needs to see all the posts or none of the posts, it just doesn't work for me with the amount of people there. Same with Twitch streams, by and large.

But this was a great place for me at a formative time in my life, and helped me examine a lot of my world views with the great conversations here, and I made some great internet friends, and even if we don't talk much anymore I still remember tons of conversations with so many of you. Honestly, my one regret is that I didn't take big enough advantage of LRRcon when it happened. I had a blast, but I was just discovering that I had pretty bad anxiety and was feeling really sick from that and didn't make as much of an effort to meet everyone and introduce myself as I should have. But I still had an awesome time, met lots of you, and it indirectly led to me meeting my now-wife, so can't be too upset about that.

Maybe what we need to do is have some kind of LRR forum virtual reuinion. I don't know what format that would take, but I'd be super down for that.

Anyway, hope you're all doing okay and staying as safe as you can with everything going on! 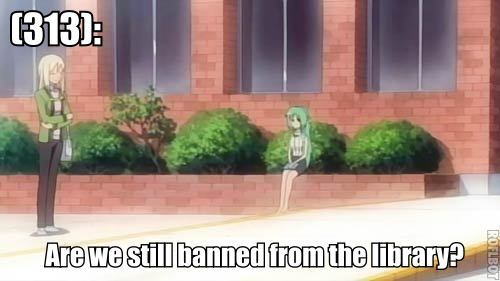