Talk about this week's LRRcast and what you'd like to see in future ones.
Post Reply
6 posts • Page 1 of 1

We let Beej, Heather, Ian, and Cori back into the podcast office, and they talked about all the latest anime they're into. Ian also added a bunch of visual info to the video version.

Support this show (and other things!): Patreon.com/loadingreadyrun
Top

I only actually watched two shows from the winter season, one of which I would call good: Shirobako. Shirobako is a fantastic show. The story follows an animation studio and the trials and tribulations of production, but it's about young professionals and entering the workforce. As someone who just graduated from university last year, so many of the character's concerns parallel what I'm feeling right now. The character arcs really hit close to home, and visit different aspects of getting into the workforce. The thing that really kept me going with it, is that it shows all the troubles, but the series maintains a generally optimistic outlook. It's already on my shortlist for anime of the year, even if you don't get all the industry inside baseball.

About Fate/Stay Night, it was originally a visual novel. It had three story routes, which are essentially different ways the Holy Grail War plays out. They were played in a particular order, so it expects you to know certain things going into later routes. As far as adaptations go, there is a terrible adaptation of the first route, a terrible movie and (so far) good adaptation of the second (Unlimited Blade Works), and a planned movie for the third (Heavens Feel).
Top

I can't believe none of you watched Maria the virgin witch, Death parade or Yatterman Night.

Maria is much better than it's title would imply and I am so glad that i took a chance on it because based on the description I thought it would be eichi with a lot of bad comedy but it actually turns out to be a really touching love story set around the 100 years war.

Death Parade did leave a few loose ends but the characters were well developed and interesting even thouse only there for one episode.

Yatterman Night is actually based off a really old children's anime called Yatterman and it follows the descendants of the bad guys from that show. it's basically a show of what if team rocket was the good guys and though i can't say it's the best thing from last season it was my personal favorite.

Funimation already has some of these dubbed do to their new broadcast dubs which is insane.
Top

So glad someone besides me is excited for Digimon Adventure Tri! 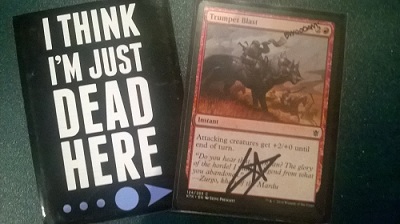 I'm not usually one for anime, but Yamada-kun is coming up?