The important thing is, we came up with the idea first.
Top

Bacon is serious buisness, tho i don't want my pork porked either
Do Not Meddle In The Affairs Of Dragons, For You Are Crunchy And Taste Good With Ketchup
Top

According to wiki (I know, I know...) and the person with the keys to the McDonalds twitter account, Beej is completely right - Grimace is supposed to be a milkshake.
http://en.wikipedia.org/wiki/McDonaldland#Characters
https://twitter.com/mcdonaldscorp/statu ... 4335511553
Top

Stupid Chinese and their counterfeiting economy...

I have to say I adore the new Feed Dump theme. 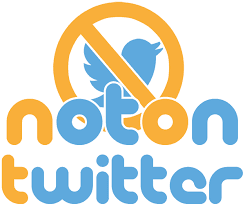 As a Michigan native, I can confirm that failing to add bacon twice when asked constitutes a threat under Stand Your Ground. (add a mental Kappa if needed, folks) That is why a local Burger King in Dearborn had the staff on the other side of bullet proof glass and used a turnstile for the food though.

Gonna be straight with you. Am not sure at all if I want to watch the video. Find it v unlikely anything will be better than the preview image. Thank you.
Top

Trust me, it is.
"If we hit that bullseye, the rest of the dominoes should fall like a house of cards. Checkmate."
Top

I have to assume that Chinese developer forgot to watch the stinger to Punchr.
Top

Hang on, does Kate have a Dickbutt phone case?!
Top

I fully expect Denmark's legislators to bear the brunt of the Punching App.
Being a responsible adult just means starting fewer fires than when you did as a kid.
Top

Who was the camera operator? We see Kate Beej and Graham in the stinger and i assume it was not Kathleen as she has the mucus.
Top

Alexander Ditto was in town, so I'm going with him.

Grew up in a McDonalds test area. We got to try the weirdness of the McDLT before the national release (which I guess went ok, because it was around a while before they realized that tons of styrofoam packaging is probably bad), as well as failed stuff like McPizza.

Imagine the worst, cheap, boring pizza (Chuck E Cheese or Little Ceasars, maybe?). Pretty much that. That DIDN'T last long, along with the other stuff like spaghetti that they were trying.
Gin. Vermouth. Olives.
Top
Post Reply
14 posts • Page 1 of 1