Drop by and talk about anything you want. This is where all cheese-related discussions should go
Post Reply
65 posts

Hey guys, I am trying to compile a CD to leave in my car of Loading Ready Records. I know its not for sale (yet) so I'm ripping the audio out of the videos themselves and using Audacity to edit the mp3 files.

I'm trying to find any music I may have missed (excluding liscenced music like The Arrogant Worms). Can you help me out?

I already have the following:

**(Have bag Fries done anything else or was that part of the joke?)

So, am I missing anything? So far Eleven tracks is enough for a respectable mix cd but I would love some more.

Also if it's ok with the crew I would be willing to upload the edited mp3 files once I have them formatted properly.

Thanks in advance!
I'm a bigger nerd than you. Not by way of intelligence, mind. But because I'm over six feet tall and more than 350 lbs.
Top

At least you're not dead.

once you're done will you be sharing the files?

I would love to share the files as long as its ok with the crew (don't want to step on anyones toes).

is there anything else I may have overlooked?
I'm a bigger nerd than you. Not by way of intelligence, mind. But because I'm over six feet tall and more than 350 lbs.
Top

That becomes less and less fun to listen to, though, and it's more dependant on its video than the others. (I would say the same of Scientists' Rebuttal)

You could also use tangentially related songs, like Caramelldansen or the Saliva Kid Remix.
An engine that both consumes and creates malice.
Top

Ottoman wrote:You could also use tangentially related songs, like Caramelldansen or the Saliva Kid Remix.

Hmm? I've never heard of these, what do you mean Tangentially Related?
I'm a bigger nerd than you. Not by way of intelligence, mind. But because I'm over six feet tall and more than 350 lbs.
Top

Briefest of brief, Tally sings a short song in Inside D&D 4th Edition.

Just grabbed the dnd song, and isn't the x ways to y music copyrighted?
I'm a bigger nerd than you. Not by way of intelligence, mind. But because I'm over six feet tall and more than 350 lbs.
Top

magicpokey wrote:Hmm? I've never heard of these, what do you mean Tangentially Related?

Songs that aren't actually in any videos, but are LRR-related.

The Caramelldansen (speedycake version) is from last year's Desert Bus; getting Kathleen and others to dance to it was a popular donation request. (There are others from DB, like Gay Bar.)

The Saliva Kid remix is the theme to Ask An Alex Live. It's not available right now, because Alex is messing with his site, but he'd probably send you a copy if you asked nicely.
An engine that both consumes and creates malice.
Top

sweet, Thanks ottoman. I've got to go pay bills ill be back in a few hours. feel free to post any more that I may have overlooked, and, when I'm done, (as long as someone says its ok with the crew) I'll post a link to a rar file on rapidshare.

Thanks for the help!
I'm a bigger nerd than you. Not by way of intelligence, mind. But because I'm over six feet tall and more than 350 lbs.
Top

This. By the illustrious Andrew Cownden

64K has an ad in the video with Yummies ads (Don't remember the name).

Also, from Wikipedia, battement frappe is a ballet term;

"battement frappé is a battement where the foot moves from a flexed position next to the other ankle, and extends out to a straight position, by doing so hitting the floor (the so-called frappé). In the Russian school the foot is wrapped around the ankle, rather than flexed and does not strike the floor. In this case, the frappè is given by the working foot striking the ankle of the supporting leg. Battements frappès can be executed double."

And of course when I begin a project like this my router catches a lighting bolt and dies... I overloaded it with awesome. I'm updating from my phone now and will be purchasing a new router tomorrow. Will post rapidshare link tomorrow afternoon.

Glad to see I'm not the only one who wants more LRR music. Thanks for the suggestions.

See you tomorrow.
I'm a bigger nerd than you. Not by way of intelligence, mind. But because I'm over six feet tall and more than 350 lbs.
Top

This is similar to my project of recording the Commodore 64 music used in LRR videos into mp3 format for a "soundtrack" album.

Evil jim. Thanks for letting me know, I was going to add the LRR theme as the first track on the compilation, but if you're doing the c64 music then ill hold off.

So far I have 15 tracks and am hampered by lack of internet so ill have to continue tomorrow.

See you all in roughly 18 hours!

Thanks again!
I'm a bigger nerd than you. Not by way of intelligence, mind. But because I'm over six feet tall and more than 350 lbs.
Top

Evil Jim wrote:This is similar to my project of recording the Commodore 64 music used in LRR videos into mp3 format for a "soundtrack" album.

...when I ask with eager anticipation?
It doesnt help does it?

Yes. Also, good luck finding it. Unless someone here has a copy of it, you will most likely not find it (as it's such a generic name).

I have a "copy" of it. It's actually just a rip from the Ways to Cure a Hangover video.
Top

Sweet Sweet victory! I have a new (to me) wireless router and can now resume this project. Found a new linksys wrt54g factory sealed for $15.00 American. not a bad deal.

Back to work now, still have to encode the runners song from hustle and 'at least you're not dead' is there anything else?
I'm a bigger nerd than you. Not by way of intelligence, mind. But because I'm over six feet tall and more than 350 lbs.
Top

Okay then. Two routers and 24 hours later I have Ripped, Encoded, and Formatted Seventeen tracks for what I'm calling:

Misc. Crew (Mostly Jeremy)
- 12 Geeky Days of Christmas
- Desert bus Killed the Internet Star
- Scientists Rebuttal to ICP
- The Ballad of The Fanboy
- The Superintendent's Sorrow
- 1 2 3 4 (Thats the Way We Move The Orc)

Can you guys think of anything I'm missing? I'm not including any c64 music as Evil Jim is taking care of those. I know I'm missing a few (like the theme from Ask an Alex Live). Thanks for all the help, and when its done (or tonight, whenever's sooner) I'll upload a Rar file to rapidshare and post a link.

If anyone wants to make some Album Art for me to use I'd be eternally grateful. I may be a mediocre sound technician (at best) but I have absolutely NO artistic skills. My best artwork is so bad that even my Mom keeps it in a locked filing cabinet under the stairs of the basement behind a sign reading 'Beware of The Leopard'.

Thanks!
I'm a bigger nerd than you. Not by way of intelligence, mind. But because I'm over six feet tall and more than 350 lbs.
Top

I use this for the 'album artwork' on my iPods: 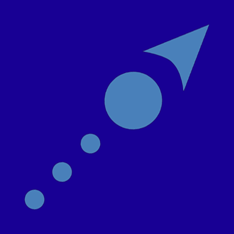 (Of course, that's just the shitty scaled-down version, which also has weird colours for some reason.)

It does seem rather lacking for a real album, though. You should probably get an artsy person to do something original.
An engine that both consumes and creates malice.
Top

My best efforts when i'm tired.

by the way, triangular rocks are hard to come by.

I would have used something more complex than paint, but i'm tired